Like many Americans, I watched Lifetime’s six-hour Surviving R. Kelly docuseries earlier this month. The series painstakingly narrates how Kelly leveraged his multiple advantages—of gender, wealth, fame, and age—to victimize teenage black women, whose intersecting inequalities have long been exploited by perpetrators of all races. My recent book, Obscene Pedagogies: Transgressive Talk and Sexual Education in Late Medieval Britain, argues that this racialized sexual disadvantage has its cultural roots in medieval attitudes toward young low-income women. The popular stereotype of the sexually available servant girl responsible for her own exploitation was later racialized so the medieval “wanton wench” became the stereotyped “likely [attractive] Negro wench, about seventeen years of age” advertised for sale in 1781 and the “fast little girl” cited several times in Surviving R. Kelly by those who chose to deny Kelly’s abuse.

We can see the traumatic real-life effects of sexualizing socially disadvantaged young women not only in Surviving R. Kelly but also in premodern legal cases. In Canterbury in 1574, a fifteen-year-old servant named Joan Bellinger appeared before two town officials. She testified that her master, the tailor Stephen Jeffrey, had ordered her to come to him one evening when his wife was out enjoying supper with a neighbor. He grabbed her by the arm and threw her down on a bed before exposing himself to her, pulling up her dress, and raping her. Joan reported that “she did tell him that he did hurte her, and he said, ‘No, Joane, I do not hurte the, for this dothe me good and thee no harme.’” He forced her to swear that she would not tell her parents or anyone else what he had done. Similarly, Jerhonda Pace broke a nondisclosure agreement to say of Kelly’s sexual predation when she was sixteen, “I told him it was a bit uncomfortable…It was painful.” 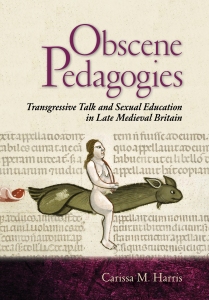 John Petrean, one of the jurors in Kelly’s 2008 child pornography trial, explained why he had voted to acquit Kelly. “I just didn’t believe them, the women,” he said regarding the young black women who had testified about Kelly’s abuse. “The way they dressed, the way they acted…I didn’t like them…I disregarded all what they say [sic].” In other words, his deep-seated misogynoir prevented him from believing their experiences. Similarly, one of Kelly’s former employees said, “I thought, These bitches are crazy.” In contrast, the sixteenth-century witnesses in Joan’s case believed her: three women appointed by the town alderman examined Joan and affirmed “that she…is very sore hurt in her prevy partes, by suche meanes as she hathe confessed.”

Both R. Kelly and Stephen Jeffrey used various forms of power at their disposal—including gender, age, and socio-economic status—to victimize young women disadvantaged by intersecting inequalities. Just as young black women are disproportionately victims of sexual violence, with between forty and sixty percent reporting coercive sexual contact before the age of eighteen, young servant women in fifteenth- and sixteenth-century England were similarly vulnerable. Living in urban areas far from their families, sharing close quarters with their employers, and subject to stereotypes that portrayed them as perpetually sexually available, servant girls appear repeatedly in premodern legal records as victims of abuse and exploitation. Katherine Bronyng’s master and mistress forced her to sleep in their son’s bed, resulting in her pregnancy and legal punishment in 1505. Margaret Haburgh’s master impregnated her and killed her baby by throwing it into the sea in 1519.

Both Surviving R. Kelly and these premodern cases remind us how social inequalities have intersected for centuries to produce violence that falls more heavily than some bodies than others. And they remind us, echoing #MeToo founder Tarana Burke, that movements to end sexual violence cannot ignore poor women and women of color, who have borne the disproportionate burdens of victimization and survival for far too long.

Surviving R. Kelly and The Rape of Joan Bellinger

In 2017, nearly six thousand people were killed in suicide attacks across the world. And only a few weeks ago, featured in the morning news, were the reports on a bombing that killed dozens in Pakistan, together with a wave of suicide attacks that took place in southern Syria. Bombs, violence, and suicide attacks seem to transcend the boundaries of geography and time; while the frequency of these episodes remains unchanged. But what have we learned about this ugly side of humanity? And in the aftermath, how can we better grasp these expressions of violence? Is it even possible to stand in a terrorist’s shoes?

In The Smile of the Human Bomb, Gideon Aran dissects the moral logic of the suicide terrorist. Looking into the events that led to the dramatic toll of deaths in 2017, the book is a firsthand examination of the bomb site in the last moments before the explosion, at the moment of the explosion, and during the first few minutes after the explosion. Aran uncovers the suicide bomber’s final preparations before embarking on the suicide mission: the border crossing, the journey toward the designated target, penetration into the site, and the behavior of both sides within it. The book sheds light on the truth of the human bomb.

Aran’s gritty and often disturbing account comes from joining and watching the devout Jewish volunteers who gather the scorched fragments of the dead after terrorist attacks, interrogation protocols, interviews with Palestinian armed resistance members and retired Israeli counterterrorism agents, questioning of failed suicide terrorists in jail, and conversations with the acquaintances of human bombs.

The Smile of the Human Bomb provides new insights on the Middle East conflict, political violence, radicalism, victimhood, ritual, and death and unveils a suicide terrorism scene far different from what is conventionally pictured. In the end, Aran discovers, the suicide terrorist is an unremarkable figure, and the circumstances of his or her recruitment and operation are prosaic and often accidental. The smiling human bomb is neither larger than life nor a monster, but an actor on a human scale. And suicide terrorism is a drama in which clichés and chance events play their role.

As we continue to witness suicide attacks throughout the world, this upcoming #CornellPress title challenges all conventional approaches to the issue, and is a must-read for all of those trying to understand what lies behind terrorists’ motives, and what is unravelling in their minds at the moment of executing such violent and complex acts.

About the author of this blog post: Adriana Ferreira is the Social Media Coordinator at Cornell University Press. She is excited about the new wonderful books being published and looking forward to promoting more upcoming fall/winter #CornellPress releases.

The smile of the human bomb: an upcoming #CornellPress title
Loading Comments...