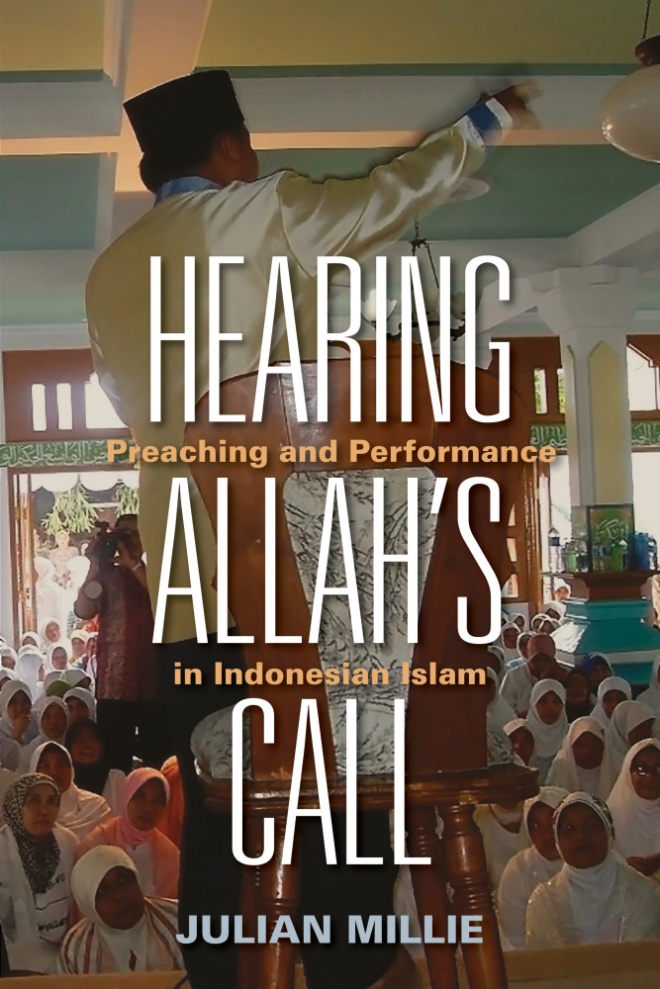 Birgit Braeuchler: Your preparation for this book included fourteen months listening to Islamic sermons in West Java. I imagine there must be many preachers there, simply because there are so many Muslims in that part of Indonesia—about forty million in a province not much bigger than the island of Hawaii. But let me ask . . . the title of your book emphasizes performance. Why is that concept such a big part of this project?

Julian Millie: I work with colleagues at the State Islamic University in Bandung. A couple of years ago, students in the Islamic predication program helped us do a survey about the features that made preaching successful amongst West Javanese audiences. They went to their home villages, and came back with their reports. According to almost all of these surveys, a sermon was successful if the preacher was able to hold the audience’s attention for its duration . . . In other words, the students regarded a captivating sermon as a successful one. END_OF_DOCUMENT_TOKEN_TO_BE_REPLACED

Why Indonesia’s Muslim preachers are doing so well