As part of CUP’s150th anniversary, current and former staff compiled a list of 150 of our most notable books. But one of the entries on this list is not a book at all—and is all the more significant for its differences. In 1942, Comstock Publishing began a partnership with the Laboratory of Ornithology at Cornell to produce our first record album—American Bird Songs. This unusual publication is in fact a set of six 78-rpm records that marked innovations in both scholarly publishing and ornithological study.

This may not have been the first record album to be issued by a university press—I confess I have not researched the matter exhaustively—but it is highly unlikely that there were any earlier university press–issued wildlife recordings. The debut of this album was also the first step in creating a new imprint at the press: the Cornell Records Division. Over the next two decades, Cornell Records and the Lab of Ornithology produced twelve albums of recordings of songbirds from the United States, Mexico, and Africa; frogs and toads; and insects. American Bird Songs included familiar blue jays and mourning doves, water birds like loons and whistling swans, marsh birds like bitterns and Wilson’s snipe, and a wide variety of warblers. Thousands of copies of this album were purchased by amateur bird lovers and professional ornithologists alike—and for students at camps and schools.

These recordings showcased the emerging field of wildlife recording, which was virtually invented at Cornell’s Lab of Ornithology. In the late 1920s, Professor Arthur Allen produced the first recordings of birds made in the wild in North America. He worked with Peter Paul Kellogg, a graduate student, to develop the technologies to produce better recordings, including Kellogg’s concept of the first portable (under twenty pounds!) tape recorder for fieldwork. Peter Keane, an undergraduate student, came up with the concept of using a parabolic dish to isolate the sound of a particular bird. Albert R. Brand, a former stockbroker who became an adult student at Cornell, funded much of the early recording work and produced the first album of bird songs.

The Lab of Ornithology’s sound recording collection now includes tens of thousands of wildlife sounds and the lab continues its technological innovations. Cornell University Press and Comstock Publishing are proud to have played an early role in sharing their work with the world.

About the author of this blog post: Karen Laun is the self-proclaimed press historian and an enthusiast of all things old and dusty. In her spare time, she is a Senior Production Editor and also works in the ultramodern world of e-books as Digital Publishing Editor.

Feeding wild birds is probably something so familiar, so everyday, so commonplace—so tame perhaps—that we can forget that this is a fundamentally artificial activity. In virtually every case, the types of food we use to attract birds to our house yards—typically mixtures of various seeds but sometimes leaf-overs from a family meal—are entirely different to those they consume in their natural diet. Our feeders also concentrate birds into closer interactions than they would normally tolerate, often bringing together species which would never have anything to do with each other. Even the structure of the feeder itself is starkly unnatural: a swaying glass cylinder or a conspicuous platform, typically in an open and potentially dangerous setting. END_OF_DOCUMENT_TOKEN_TO_BE_REPLACED

What happens when we feed birds? 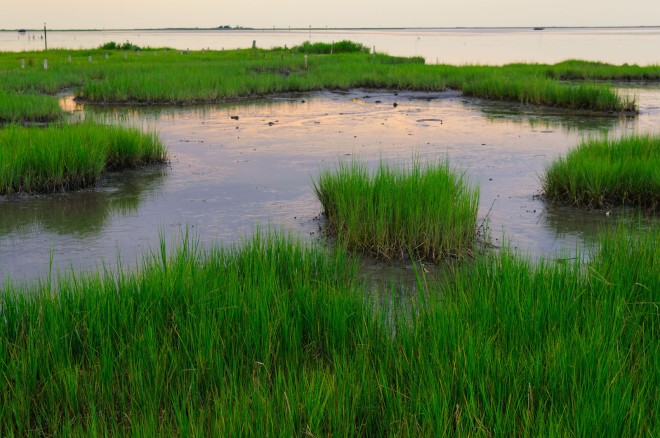 Plans afoot in Washington threaten water protection. Recently the Trump administration rescinded the Stream Protection Rule, which protected water quality at mountaintop removal mining sites. Now the President has directed the EPA to review the Clean Water Rule for conflicts with his economic growth agenda, and has begun a two-part plan to rescind the Rule and change the definition of “Waters of the U.S.” in the Clean Water Act.

WHAT’S THE CLEAN WATER RULE?
The Rule is the product of four years of EPA and U.S. Army Corps of Engineers peer-reviewed hydrological studies, interagency reviews, economic analyses and input from a variety of public and private organizations. It updates the federal Clean Water Act by clarifying the definition of “Waters of the U.S.” which determines what water resources qualify for protection under the Act. This was done to address regulatory confusion resulting from several court cases.

One in three Americans gets their drinking water from a source that wouldn’t qualify for protection under proposed changes in the definition of “Waters of the U.S.”

WHAT’S AT STAKE?
The Clean Water Rule clarified the definition while effectively protecting the quality and supply of our water. However, the current administration prefers a much narrower definition that would protect fewer wetlands and streams; up to 60% of our water END_OF_DOCUMENT_TOKEN_TO_BE_REPLACED