More and more frequently, online dating apps are becoming the answer to the question, “so, how did you two meet?” The widespread appearance of Tinder and other dating apps have changed the way people find and interact with each other, both in a positive and negative way. And just as the communication and social dynamics have changed with the creation of dating apps, so they have with the movement towards a different kind of relationship: the long-distance love.

Danielle J. Lindemann’s Commuter Spouses: New Families in a Changing World explores how married couples cope when they live apart to meet the demands of their dual professional careers. Her book gives readers almost one-hundred in-depth interviews with current or former commuter spouses that demonstrate the reflection, embodiment, and sometimes disruption of large-scale developments in the ways we think about gender and marriage, the ways we communicate, and the ways we conceptualize family.

END_OF_DOCUMENT_TOKEN_TO_BE_REPLACED

Fair is fair . . . until it isn’t. Let’s face it. Republican conservatives and Democrat liberals don’t get along in America. Every day conservative and liberal leaders argue that the other’s political platform is unfair to citizens because of this and that. But are either of the parties’ platforms really ‘fair’? And why does one party’s platform seem more ‘fair’ than the other? In the new book America the Fair, Dan Meegan dissects what Americans see as fair and how our approach to politics is affected by it.

Who we are and how we think. Meegan, a cognitive scientist, holds the reader’s hand as he explains why we all think the way we do when it comes to justice and politics.

Need vs. Equity. Let’s say you are at a potluck and everyone is being served a soup they all brought ingredients for. However, not everyone was able to bring ingredients, so there ends up being people that contribute more to the dish than others. To go along with Meegan’s definition, liberals would be the people at the potluck who are more concerned with everyone getting fed rather than keeping track of who brought what to make the soup. They focus more on the “need” aspect of the equation rather than the “equity” portion. Conservatives, on other hand, would be more concerned about everyone’s serving being proportional to what ingredients they brought to make the soup in the first place.

The power of fairness. Whether we lean toward being more need or equity-minded affects when our personal injustice trigger – that little voice in the back of our heads that goes ‘that’s not fair!’ – decides to go off. This is what gives us our predisposition to what party platform we align ourselves to. For liberals wanting to utilize this cognitive behavior to overturn conservative power in America, Meegan offers his new book as “a how-to-guide for Democrats hoping to make that happen.”

“. . . if enough of them abandoned the Republican Party for the Democratic Party, the former would be rendered powerless.”

Hate the sin not the sinner: “If liberals are going to compete with conservatives and win back America, they need to develop and use frames of their own that paint a very different picture.” Meegan doesn’t think that liberal policies themselves are the problem – the problem is that liberal leaders keep phrasing their policies in ways that only attract need-minded people, and not “equity” minded people. If liberals were to find a way to make their policies sound fairer for the latter, then they would be able to attract more support.

With a couple of psychological tweaks here and there, liberalism could invite a larger following and truly flourish in America. Then, claims Meegan, the country might take another step in the right direction for creating more fair society for everybody. 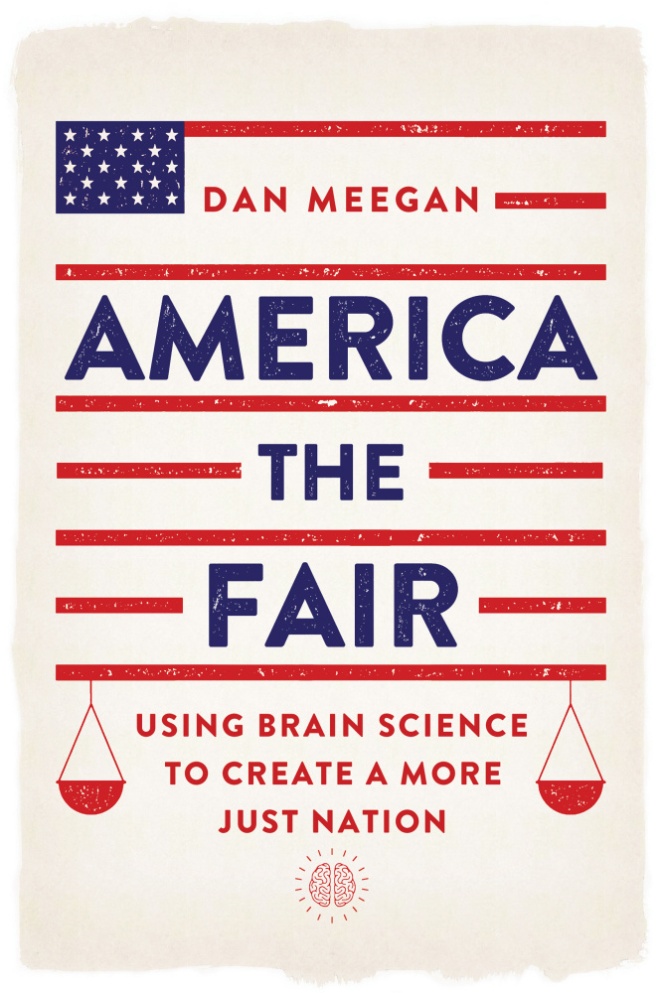 You can find more information about the author, or purchase America the Fair, here.

Christine Gaba is a senior writing major at Ithaca College with a minor in English. When she is not reading or writing you can find her playing her clarinet, in the kitchen baking, or at a coffee shop with friends.

Fair is Fair: how liberals can win the 2020 election

As we move towards our new season of books (those publishing between March and August this year), we asked our acquiring editors to give us a little preview of their list. Here’s the second entry in the series, from Executive Editor Roger Haydon.

END_OF_DOCUMENT_TOKEN_TO_BE_REPLACED

[We’re starting a new short series of blog posts today that we’re calling, “Acquiring a Point of View.” Each post is written by one of our acquiring editors and is inspired, in some way or other, by one (or more) of the books they signed that’s coming out between March and August this year.]

I get most of the vaccines my doctors recommend. Long ago I approved vaccines for my child without a second thought. I shudder at the media reports about disease outbreaks exacerbated by people who refuse to vaccinate themselves or their children. And yet. I understand the whole controversy differently now that I have read Bernice Hausman’s forthcoming book Anti/Vax, which, as the subtitle explains, reframes the vaccination controversy.

END_OF_DOCUMENT_TOKEN_TO_BE_REPLACED

I Get Most of the Vaccines My Doctor Recommends