Acquisitions editors generally bring in books one by one, looking for the smartest, best, most interesting books we can find.  We see the links among them, eventually, but sometimes an outside body provides that recognition.

Each year the Association for the Study of Nationalities gives an award for the year’s outstanding book on Russia, eastern Europe, or Eurasia “in which substantial attention is paid to questions of ethnicity and/or nationalism.”  Since 2011 Cornell books have won five times and received four honorable mentions.  These nine titles explore nationalism and ethnicity in different ways, different locations.

Winners address those questions in various places:  the Balkans (Bergholz, Hajdarpasic, Dragostinova), the Baltics (Frick), and central Asia (Cameron, Reeves, Khalid, Sunderland, Radnitz).  In method they range from fastidious multilingual archival research (Bergholz, for instance, and Frick) through to contemporary fieldwork (Reeves and Radnitz).  Some are astonishing feats of microhistorical reconstruction—Bergholz on instances of rural violence at the collapse of the Kingdom of Yugoslavia in 1941, Frick on the ethnoconfessional geography of 17th-century Wilno/Vilnius, Dragostinova on the Greeks of early 20th-century Bulgaria.  Sunderland traces the life of a Baltic German nobleman who became warlord of Mongolia; the Red Army executed him in 1921.  Some are intellectual histories—Hajdarpasic on the development of nationalist thought in 19th-century Bosnia, Khalid on how Uzbek intellectuals reacted to the coming of Bolshevism.  Yet others look at contemporary events:  Radnitz on how local elites in Central Asia have captured and used mass protests, Reeves on the practical meanings of the idea of territorial integrity in the Fergana Valley, where the formal borders of three Central Asia states meet.

The 2019 winner is Sarah Cameron. Her book analyzes the Kazakh famine of the early 1930s and how one of the heinous crimes of Stalinism helped make a modern Kazakh identity.  And now I’m looking for the next one….

1) Violence as a Generative Force: Identity, Nationalism, and Memory in a Balkan Community

2)  The Hungry Steppe: Famine, Violence, and the Making of Soviet Kazakhstan

3)  Between Two Motherlands: Nationality and Emigration among the Greeks of Bulgaria, 1900–1949

4) Kith, Kin, and Neighbors: Communities and Confessions in Seventeenth-Century Wilno

5) Whose Bosnia?: Nationalism and Political Imagination in the Balkans, 1840–1914

6) Making Uzbekistan: Nation, Empire, and Revolution in the Early USSR

7) Weapons of the Wealthy: Predatory Regimes and Elite-Led Protests in Central Asia

9) The Baron’s Cloak: A History of the Russian Empire in War and Revolution 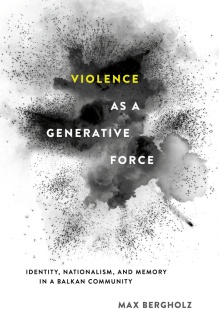 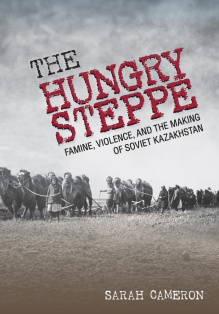 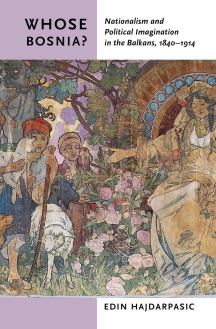 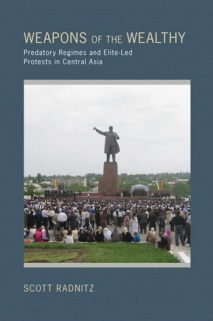 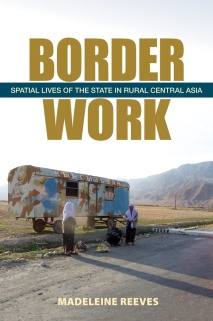 Roger Haydon is executive editor at Cornell University Press. Among the areas in which he sponsors books are the history, politics and society of eastern Europe, Russia, and central Asia.

Love to share? Tell us what books made your bundle, tagging @CornellPress and using the hashtag #BundleWeek on social, and we might just share them to inspire others.

Stay tuned for Bundle Week promo codes to be released next Monday May 20th, and happy Bundle Week!