If you love to hold books as much as you love reading them, you might savor the first few moments of cracking a new binding and taking time to explore the front matter before arriving at the main content.

Whether you enjoy paging leisurely through those initial leaves or you breeze past them with indifference, at some point you may have stopped, as I have recently, to wonder about that extra, seemingly redundant title page, known simply as the half title. Why is it there? What purpose does it serve aside from beckoning us forward to page one?

Like any conscientious writer, I turned immediately to Wikipedia.

Like any conscientious writer, I turned immediately to Wikipedia, which defines the half title as “a page carrying nothing but the title of a book.” As far as a physical description goes, I admit that fits the bill. However, in my curiosity I kept digging, and I learned that this humble yet ubiquitous leaf also carries centuries’ worth of history and controversy. 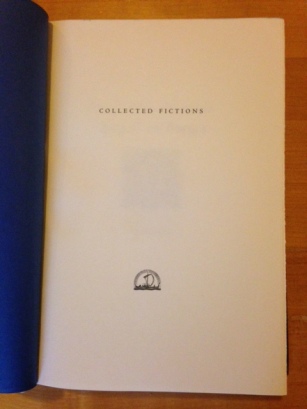 Jennifer Savran Kelly is her enjoying her new digs on the second floor as our newest Production Editor. You can follow her on Twitter @savranly