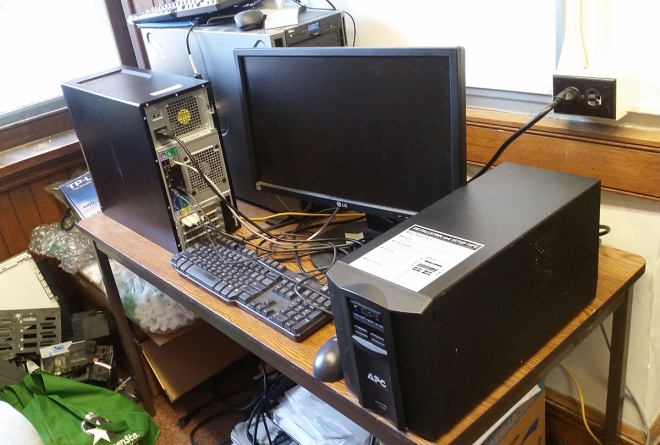 The PWDB¹ has now been transmitted in final form to Bob Oeste for AllBooks². Our database has now been frozen in time. Full search capability remains, but nothing can be changed. It is what it is, for the ages to come. Goodbye old friend, along with your good buddy CIS³. Change, the inevitable, irresistible force of the Universe, has caught up with you both.

Our revels now are ended. These our databases,
As I foretold you, were all spirits and
Are melted into air, into thin air:
And, like the baseless fabric of this vision,
The inventory reports, the price change worksheets,
The solemn reworking of the PWDB, the great mission of the Press itself,
Yea, all which it inherit, shall dissolve
And, like this insubstantial pageant faded,
Leave not a dust jacket behind. We are such stuff
As dreams are made on, and our little life
Is rounded with a sleep.

And when we wake, we will find All Books waiting for us, in a forest of Long Leaves4. In another year, we will not think it so long in coming.

¹PWDB – Press-wide Database. A collection of files written in FileMaker roughly around the same time that CIS was in use. Through many attempts and a serious rewrite it worked—mostly. As it was largely homegrown, developed  by staff members in collaboration with outside consultants, its various modules never worked in a fully unified and efficient manner.

²AllBooks – a Press-wide database developed by Johns Hopkins University Press, also written in the FileMaker environment, but with a single developer and a unified interface. Since the developer retains control, the unified interface and file structure will be maintained, and users will have to adapt to the software, not the software to the users.

4Long Leaves – a reference to Longleaf Services of Chapel Hill, North Carolina. They replaced CUP Services as the fulfillment provider for the Press as of July 2016.