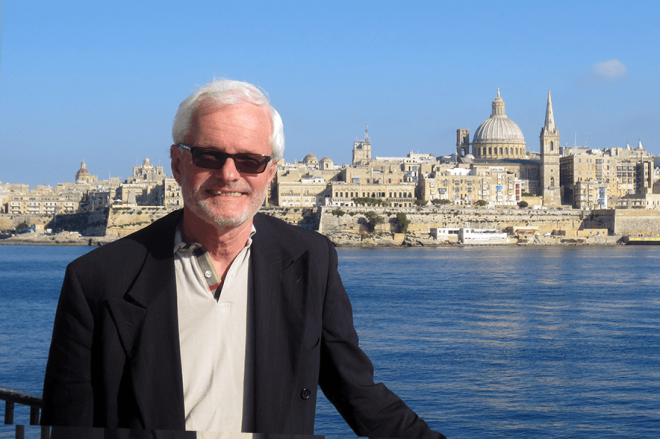 William J. Kennedy is Avalon Foundation Professor in the Humanities in the Department of Comparative Literature at Cornell University. His most recent book, Petrarchism at Work: Contextual Economies in the Age of Shakespeare, is newly published by Cornell University Press. In part one of the interview, we discuss the role of revision in the work of Petrarch and Ronsard and its contrality to Kennedy’s study of “contextual economies.” 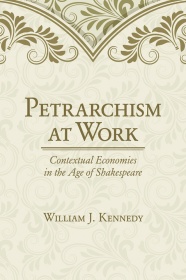 Sage House: You argue that print technology was a game-changing innovation in the European Renaissance. If print was the disruptive technology of the time, how did poets such as Shakespeare and Ronsard deploy it to disrupt the system?

William Kennedy: People didn’t know what to do with print—the emerging technology of the time—just as I don’t know what to do with Twitter! It wasn’t at all intuitive for a sixteenth-century poet to want to get his poems into print. Poetry was regarded as live entertainment; poets would read their work aloud, sometimes people would copy it down, and sometimes poets would distribute their manuscripts to others to copy and pass on, but without any thought of print publication. Print as a technology was seen as having technical usages in disseminating information. Early printed books tended to favor self-help topics: “how-to” agricultural handbooks, merchant handbooks.

Certainly no creative writer in the sixteenth century would have thought of earning an income through publication.

When you think of it, in the twentieth century, television was invented as a military tool to enable face-to-face conversation between leaders, military generals, et cetera, so the idea that television would give way to I Love Lucy—nobody would have believed it in the 1930s. Analogously, in the sixteenth century, poetry made a very slow entry into print. Why bother to do it? We already had a very efficient mechanism of passing around manuscripts. People actually enjoyed the physical act of copying out a manuscript. It became something very personal: “This is my handwritten copy of Shakespeare’s sonnets.” Certainly no creative writer in the sixteenth century would have thought of earning an income through publication. It was the printers who made the money on the logical economic grounds that they were the ones who’d taken the risk of setting up a heavy capital investment in a press. A print run might be a few hundred copies, and sometimes they’d sell none of them.

[In being among the first poets to print their work], Shakespeare and Ronsard were entering into untested waters, and not at all to make money. [They did it] to gain readership, because it was a way of distributing work quickly. While it didn’t put bread on the table, it could further notoriety, and through that channel, attract a patron. So they thought of this as a celebrity mechanism, more or less—a way of branding themselves. Ronsard certainly attracted patronage support. Very early in the game he acquired the sobriquet of “the prince of poets and the poet of princes,” who saw himself as leading a brigade, a whole new march into uncharted territory.

In the critical eyes of his public, there was something new all the time, and that created curiosity. So what we have in Ronsard’s multiple editions is the self-advertisement of the development of the writer.

Then, when Ronsard was thirty-five years old—and this is totally innovative—he began publishing his collected works. A thirty-five-year-old, publishing his Oeuvres Complètes? It immediately set up a self-advertisement that declared, “I am really important, I’ve written a lot, and I’ve published my works.” A few years later he published a second edition of the works, and then a third, adding to it, of course, things he’d written in the meanwhile. Altogether, by the time he died, he published six “complete” works.

And this is the genius of it: it wasn’t just about the process of addition, but the process of revision. In the critical eyes of his public and potential patrons, there was something new all the time, and that created curiosity: “Just what did he change?” And he changed things substantially. So what we have in these multiple editions is a record of revision, or what I would call the self-advertisement of the development of the writer—which attracted patronage but also critical esteem.

SH: What is it specifically about Petrarch that you think is key to Ronsard and Shakespeare? Why does the title refer to Petrarch as opposed to some other poet?

WK: There are several dimensions to that, but I’ll start with the first. The brute fact of it is that Petrarch is the first relatively major author for whom we have manuscripts from his own hand. Out of the 366 poems in his Rime Sparse, there are some 60 or so poems for which we have a record of obsessive revision over the decades, most of them dated. In short, he’s the first European author for whom we have documentation for about a sixth of his body of poetry. And that gives us a glimpse into the laboratory of his writing. That fascinates me just in itself. But it’s not something that has had influence on other writers, because his book of revisions remained private and unpublished until the late nineteenth century, when scholars march into the field.

Petrarch valued revision so deeply, it became so important, that he preserved the record of his revisions and bequeathed it to his heirs.

The second thing is that in the history of education, [the teaching of] rhetoric or writing had not been for poetry or plays, but for public writing and discourse. But Petrarch received from his friend Boccaccio a centuries-long-lost copy of Quintilian’s Institutio Oratoria (Concerning the Study of Oratory and Writing). This was the Roman rhetorician’s handbook for writing—alien in the ancient world—only fragments of which survived until the fourteenth century, when a friend of Boccaccio discovered the rest!

Petrarch was just absolutely amazed. He immediately sat down and wrote a letter to Quintilian, basically saying, “Gosh, Quintilian, you taught us everything we need to know.” And what fascinates me about Quintilian is that most people think of rhetoric as figures of speech, tropes, ornaments of style, and so on. And that occupies a large part of Quintilian’s work, but I think it’s much the least interesting part. He has other focuses: features that we might call “developing an authorial voice” and “paying attention to your audience”—of writing differently for an audience of merchants than for an audience of courtiers.

SH: It sounds incredibly contemporary. Today the idea of revision is understood to be a critical part of writing.

WK: Exactly. But Quintilian wasn’t finished yet. Much of writing, says Quintilian, is—guess what—revision. And certainly Petrarch was not averse to that! But here in this ancient manuscript is a confirmation of revision. And clearly, ever since antiquity, poets who committed their poetry to writing were revising it. Petrarch valued it so deeply, it became so important, that he preserved the record of his revisions and bequeathed it to his heirs.

SH: Your book discusses this concept of artistic furor, or inspiration, of being divinely blessed. So that’s one side of this polarity. On the other side is the artist as professional, as craftsman, as reviser. But is the dichotomy that simple, such that in the pre-Petrarch, premodern economy, we have this condition, and in the postmodern economy we have another? I’d like to understand more about how you are teasing it out.

WK: That’s a great question. What you’re calling “polarities” I would call in my own jargon “competing claims.” I don’t see them as irreconcilable, but I do see them as in some kind of dialectical interaction. And the divine that you talk about goes back to the Greeks: Homer talks about his muse; Plato writes about it in the Phaedrus. The “divine frenzy,” Socrates calls it. So that’s one claim. The competing claim is that it’s not inspiration, it’s perspiration: you get an idea, you work the idea out, you write, then rewrite, and replay it over and over again. And these [claims] have economic consequences, as you implied in the way you phrased the question. In short, the perspiration is the work, the work, the work. And the title of the book.